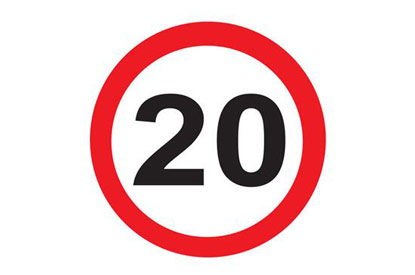 Islington is to become the first borough in London to introduce a 20mph speed limit on all residential roads, according to the Standard.

Portsmouth was the first council to impose a limit like this in March 2008 and other boroughs have followed this example.

The council plans to introduce the limit in January 2010 as part of its strategy to death and injury caused by motor vehicle collisions, along with long-term reductions in congestion and pollution.

The measure will affect over 150 miles of residential streets, with a small number of arterial roads retaining 30mph limits. Signs will indicate 20mph streets, with the council deciding against introducing more speed humps.  The A roads in the borough, such as the A1 (Holloway Road and Upper street) will not be affected as they are administered by Transport for London.

Campaigning for 20mph in London for a decade

Councillor Greg Foxsmith, Islington’s environment spokesman, said: “We want streets where our kids can walk to school safely, where our cyclists can ride without risk, and where pollution levels are driven down.”

Policy proven to save lives and reduce injury
Transport for London research has shown that 20mph zones can reduce casualties by 43 percent and fatal or serious casualties by over 50 percent.

At least seven other London councils are looking at similar proposals.

Material used from the London Cycling Campaign’s website with permission.