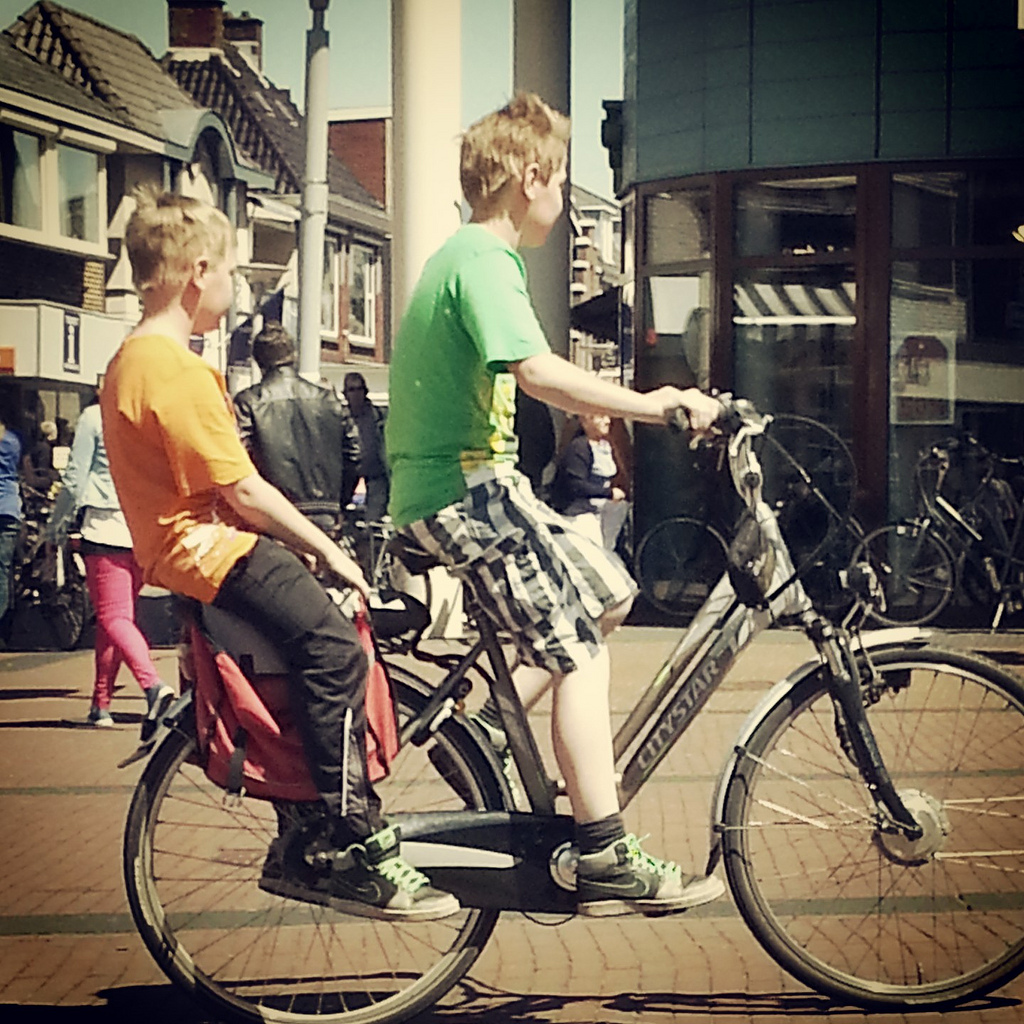 A few weeks ago I went to a talk by Andrew Gilligan, the Mayor of London’s Cycling commissioner. Andrew is charged with turning the Mayor’s ‘Vision for Cycling’ into reality. It was very exciting hearing someone with serious political power talking about Transport for London’s plans to build a comprehensive network of cycle routes, with segregation where needed. He made it clear that as well as the headline grabbing routes, the majority of the network will be based on local borough roads.

His primary mission is to develop linked up routes, allowing non-cyclists to see that riding is a safe and convenient way to travel. As part of that network, the whole one way system between Finsbury Park and Holloway may be re-engineered. How this happens is up for debate.

I would argue for the inclusion of two-way, fully segregated cycle tracks, designed to Dutch standards.

What is clear is that if London wants to become more liveable, cycling has got to be regarded as a natural, simple and economic method of transport. We need to develop joined up continuous networks. As cycling advocates, we should be requesting and sometimes demanding facilities for people who don’t feel able to ride. It can be difficult to imagine a mass cycling culture, but for people who have seen it, the contrast between those streets and London roads is stark. Yes, lots of changes need to be made, but TfL and the DfT are making changes to UK laws to allow re-engineering of roads to work more like European systems.

Returning Seven Sisters Road to 2 way operation rather than taking the opportunity to incorporate proper ‘Dutch’ design infrastructure would in my view be a mistake. If you want to see what Seven Sisters Road would look like if it were two way, then just head to Finsbury Park. This is no pedestrian paradise. Or take a trip up to Green Lanes, shopping city.

Making routes people and cycle friendly is of course much better for both the physical environment but also the economics of the area. Many studies have shown that with increased footfall and cycling usage, shops benefit from an increase in revenues.

Islington’s Air Quality is very poor. The borough suffers from worse air pollution than the London average with over 50% higher levels of dangerous airborne particles than the World Health Organisation limits.

In conclusion, the moment to push cycling forward properly is now. The Mayor has said ‘Cycling will be treated not as niche, marginal, or an afterthought, but as what it is: an integral part of the transport network, with the capital spending, road space and traffic planners’ attention befitting that Role’.

Islington along with Hackney and Haringey Councils have said as part of a tri-borough ‘Accord’ they want to encourage walking and cycling for local residents and visitors. This should include joint working with TfL to improve pedestrian and cycling links across Seven Sisters Road.

London Cycling Campaign has been extremely clear on creating ‘Dutch’ style conditions, and it became their principle campaign last year.They got complete support from all the Mayoral candidates, who all agreed to back the campaign demands. 40,000 people signed the campaign, showing that there is a huge demand for safer cycling conditions. The Cycling Touring Club has very similar views.

We should not be so hasty as to want to remove the one way system if this diminishes the ability to implement proper cycle routes and improve the quality of the local environment. We must not squander this opportunity to create real change.