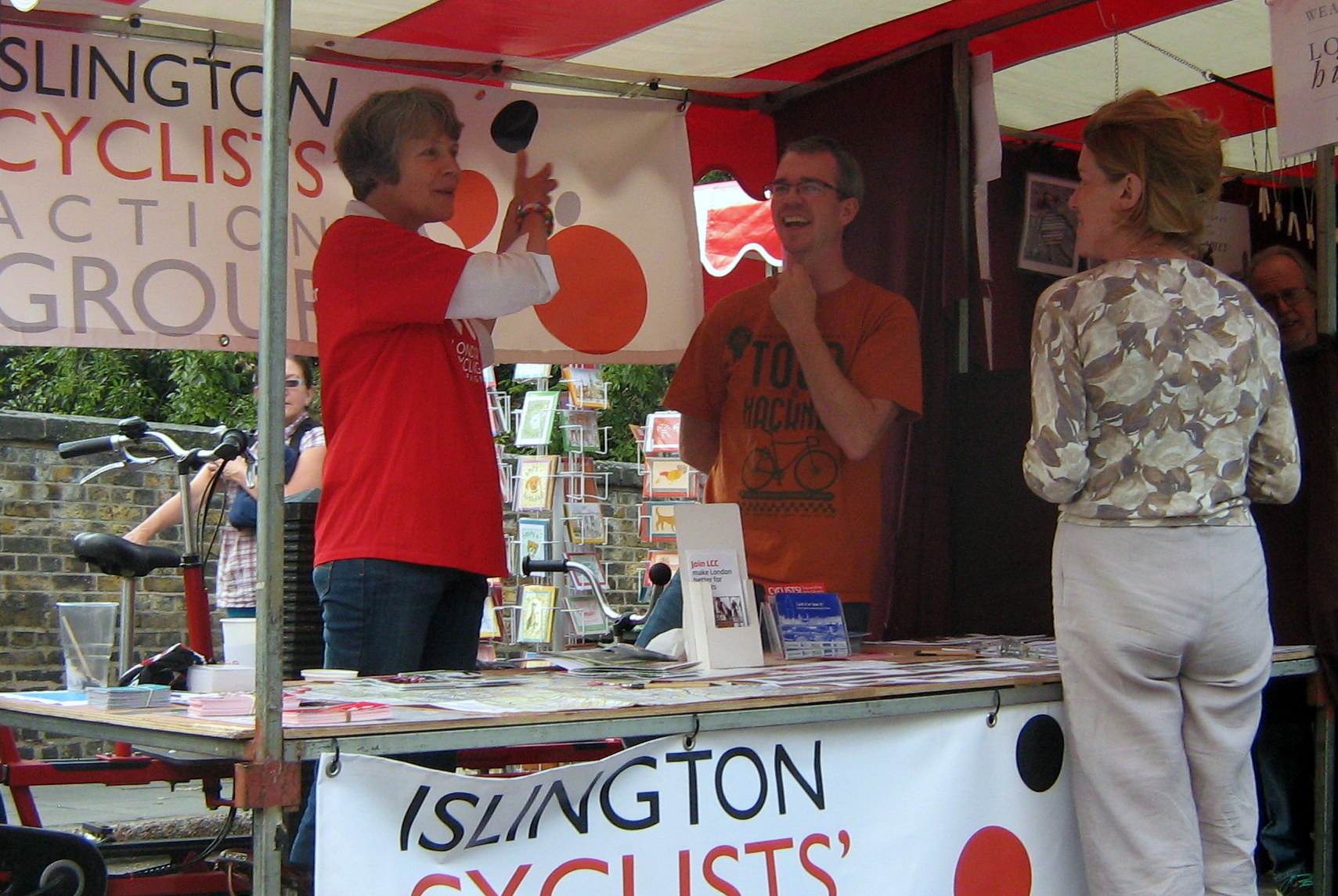 This was the 26th Canal Festival;  we’re sure we’ve been at the last 16! We won’t be able to attend the Gillespie Park Festival; it didn’t happen this year as the volunteer organisers were overcome by red tape and didn’t feel equal to the task.  The Cally Festival was on the same day as the Canal Festival and we couldn’t do both!

We are at last “on brand” with the new banners showing our new logo which harmonises with all the other LCC local groups.  We were also handing out our new business card, which also sports the new logo and the new ‘strap line’ – safer streets, cleaner air, happier people.

As always maps were in demand although they are over 2 years out of date.  We look forward to new maps that will show the Central London Grid and Quietways in Islington – although Quietway 38 (which is parallel to  the route of the 38 Bus) is slated to be one of the first, we’ll have to wait some years before it’s all completed.

We were pleased that many of the people who stopped were already LCC members.  But we were able to let many people know about the training the Council offers – see this page.  Some people had just bought a bike and were enjoying the reliability of their commute.  We let them know that it’s important to have a  good lock and where not to lock their bike up!

There was lots of chat about what ICAG,  LCC, TfL and the Council could or could not do.  We understood that there is a petition ‘going the rounds’ that is asking for cycling to be banned on the canal where it passes through Islington.   Clearly something we need to take action on!

We’d like to thank Alison, Anita and Jono for running the stall.  Thanks also to John who made a cameo appearance, bearing cake!

Have you seen these signs?  Do you know the routes?  Use the comment form below, please!