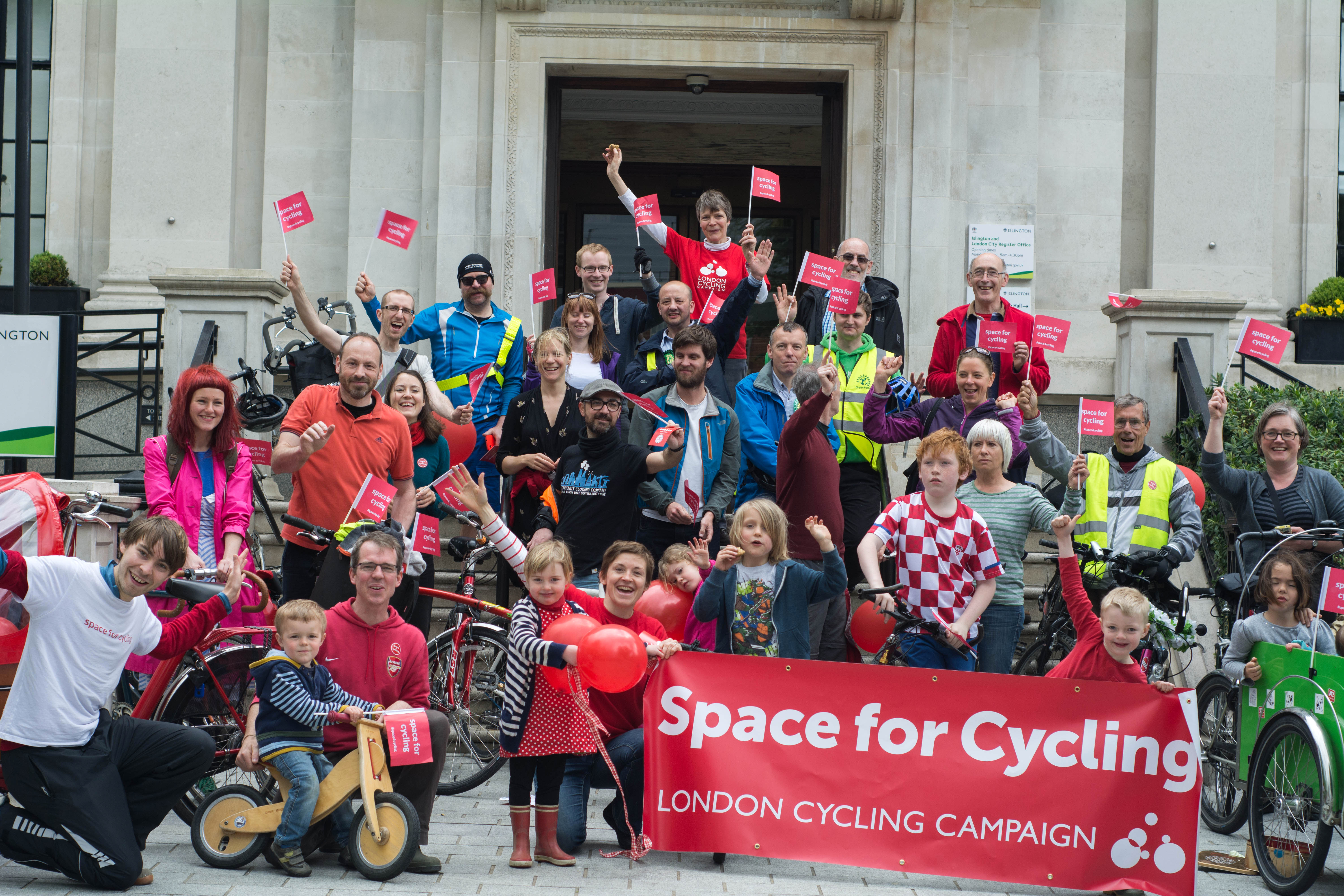 Inspired by our #space4cycling campaign, several residents have written to Islington Labour to urge them to support measures in their wards. We share a few below.

As a former Labour party member, and as a present ditherer between Labour and Lib Dem, I am disappointed by this response.

The “Go Dutch” principles are clear, and may be found at http://s3.amazonaws.com/lcc_production_bucket/files/4097/original.pdf?1319469423.  The Labour Party Mayoral candidate signed up to the Go Dutch principles.  Accordingly, I thought that we had won this particular debate in the Labour party.  However, you have not clearly signed up to “Space for Cycling” principles.

I am not at all sure that the Labour Council’s history is particularly impressive:

·        Virtually none of the “improvements” to which you refer in your letter have been carried out to “Go Dutch” principles.

·        Provision of cycling facilities seems pretty low down the list of funding priorities.  Cycle improvements seem to be entirely dependent on TfL funding.

More importantly, so far as I can tell, none of your responses to LCC’s suggestions contains firm commitments to prompt, well designed provision of cycle paths.

I was particularly unimpressed by the following paragraph.

“If funding is forthcoming, we will develop designs to create high quality routes. These could [not will] include segregation and other safety features. However, careful consideration will need to be given to any significant traffic displacement onto nearby residential roads. It is therefore crucial that all schemes that propose improvements are subject to extensive public consultation to allow local residents the opportunity to influence the types of improvements that are delivered, and to build support for any changes to local roads that impact on the local community.”

That sounds to me suspiciously like code for “business as usual” – i.e. give motorists the right of veto, and let cyclists fend for themselves.

Thank you for sending me this detailed answer.

You say that there is not much of a cycling issue with Drayton Park. I must challenge you on that! Even if casualty rates were close to the average, this is perceived safety that is most important to your residents. At present, actual safety in Islington isn’t ideal yet the risk of collision is so small that it is far outweigh by the fitness benefits. Hence my emphasis on perceived safety. Perceived safety is currently so poor that most residents consider it inconceivable to cycle here. Can you please tell me what is the proportion of children cycling to school in the ward? And the proportion of children being driven to school?
I notice that Labour is committed on several campaigns on the cost of living. Cycling is the cheapest and quickest mean of transport in Islington. It allows people to make the most of their income and spend their free time with the loved ones. Whilst at a national level the party is focussed on giving people cheaper fuel, I have been pleased to see the Labour Council deliver safer streets in Islington. I’m only worried that so much remains to be done, with the benefits of cycling often reserved to the young white men!
Now, talking about the work which is ahead of us. I think it’ll be hard to get ‘Quietway’ funding for a street which sees 25,000 motor vehicles a day. TfL considers that a street is quiet if there are less than 3,000. LCC sets the threshold at 2,000. However, it’s not mission impossible and I’m happy to assist you in putting a successful bid to TfL.
Regardless of TfL’s generosity, Islington cyclists (ICAG) have some design ideas that would cost peanuts and deliver enormous benefits. You must be worried about acceptability. We have solutions that do NOT necessarily involve filtered permeability and do NOT cause the loss of parking/trees/footway. Parking could become the physical segregation in the wide parts of Drayton Park.
To conclude, I would really encourage you to pledge and deliver on Drayton Park, regardless of funding source, as an acknowledgement of the wider health, social and financial benefits that cycling will bring to the community.
PS: I will be present at the Ward Partnership meeting in September, although I’d rather meet you straight after the election. Why so fast? Did I mention child obesity? One more reason to make strides!
Best regards,
Alex

I do wish that Islington would be a progressive council which challenges the primacy of the motorist. There are progressive individuals in the Labour Party who want to create an environment for cyclists, Valerie Shawcross and Mary Creagh MP, Labour’s Transport Spokesperson are determined to encourage cycling and make it safer, Labour Hackney has great achievements, yet Labour Islington, remains stuck in the past. Why? Let’s make Islington the Amsterdam of London.
Yours sincerely,
David