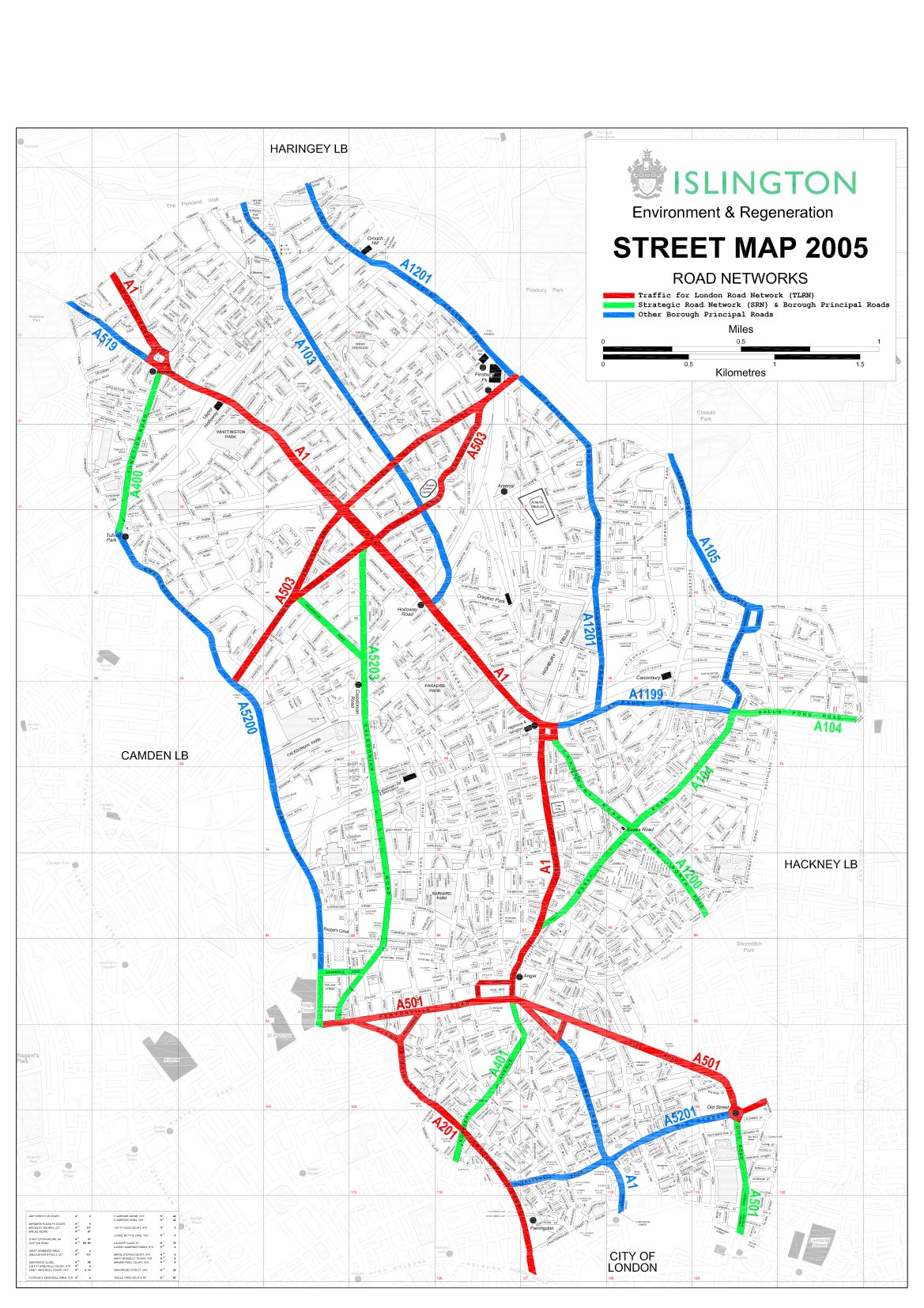 “I think the evidence falls very, very considerably in favour of extending the [20] MPH speed limits.  The purpose is not to cause grief to motorists, not to extend journey times but to bring safety to our roads.”

“TfL is not an organisation that you want pick 100 fights with all at the same time, you do one at a time.  We are going to have a robust conversation with TfL [about 20 MPH].”

So said Islington’s Executive Member for Transport, Paul Convery at the council’s executive meeting on November 24th. Who would have guessed he would have said this only a few weeks ago?  Paul Convery’s opposite number, Lib Dem Greg Foxsmith, whose original scrutiny report recommended 20MPH across the borough said he was surprised.  By the way, Paul Convery and Greg Foxsmith are both cyclists!  A lot of the credit for getting us this far must also go to Living Street’s Caroline Russell who talks about the history of the 20 MPH campaign here.

At a recent Transport Liaison meeting, the council’s senior transport officer said that, if asked, he would not advise introduction on 20 MPH on principal roads.  He cited many reasons, one of them being that it hadn’t yet been demonstrated that the existing 20 MPH speed limits on residential roads were reducing accidents.  Paul Convery says in the executive report “I expect that the analysis of the after surveys will be presented to the Regeneration and Employment Review Committee on the 5 March 2012, as programmed. Whilst this evidence will help us to refine the existing scheme I do not consider we need to wait until then before considering extension of the scheme. I believe there is sufficient evidence and support for extending the scheme to include a number of Principal Roads in the Borough.”

The Met Police also object.  Unfortunately for them, their letter of opposition rested on out of date circular 1/93 from DfT which, as pointed out by LCC’s Ralph Smyth and no doubt others, had been superceded by DfT circular 1/2006.

But we cannot all start rejoicing yet.  The council has only agreed in principle to 20 MPH on principal roads.  Paul Convery says in his report “Because funding will have to be identified or sought to implement these measures, I will invite each relevant Ward Partnership to include the scheme extension in the Ward Improvement Plans. It is likely that substantive objections will be received in relation to individual Principal Roads they must therefore be considered by the Executive at a future date. Available funding as and when identified will therefore also be reported to the Executive.”  That does mean that some ward councillors might not bother to include 20 MPH in their Ward Improvement Plans.

Transport for London roads such as the A1 and Seven Sisters Rd fall outside the scheme. This is ironic as the A1 will soon be host to a Cycle Super Highway.  Up in Holloway, Holloway Rd (A1),  Seven Sisters Road and Isledon Road criss cross the neighbourhood and make the area almost impermeable to any cyclist that wants to avoid using a TfL route.

The problem of enforcement on either the existing 30 MPH or new 20 MPH roads isn’t going to go away.  The police are very clear that enforcement remains a low priority. At the executive meeting, Paul Convery asked that police enforce 20 MPH using the same resources that were previously used to enforce 30MPH. The problems are that enforcement must be done by the police at the moment and the average speed camera systems that have been DfT approved are expensive and the fines collected go to central government.  It would be more efficient if local councils or perhaps the Mayor could operate the equipment and collect the fines.

Surprisingly not all cyclists think 20 MPH is a good thing. Two active ICAG members, one a motorist, are lukewarm about 20MPH as a campaign priority.  During the autumn ICAG collected petition signatures for 20 MPH.  One cyclist/motorist said he thought 20 MPH was too slow to drive.  That is really worrying because cyclists above everybody else know that if we can get speeds down, more people will cycle and as cyclists begin to take over a road e.g. Barnsbury Road at 8.30 AM in the morning, cycling becomes much safer and much more enjoyable.  Although many of us can now see that the Copenhagen and Amsterdam model is within our grasp, not least because of the ongoing and vast growth of cycling in inner London, there are many other cyclists that feel that we are locked into the existing ‘car is king’ model.  If you are one of those cyclists, you might want the uplifting Cycling Copenhagen, though North American Eyes which we showed at the last ICAG AGM or look at LCC’s Go Dutch campaign pages.

So what’s next? Over the next few months, we must email our local councillors and ask for 20 MPH on the principal roads that we use.

Speed limit of 20mph agreed for roads across Islington

Will a borough-wide 20mph speed limit work? Speeding on Caledonian road and vox pops from Islington