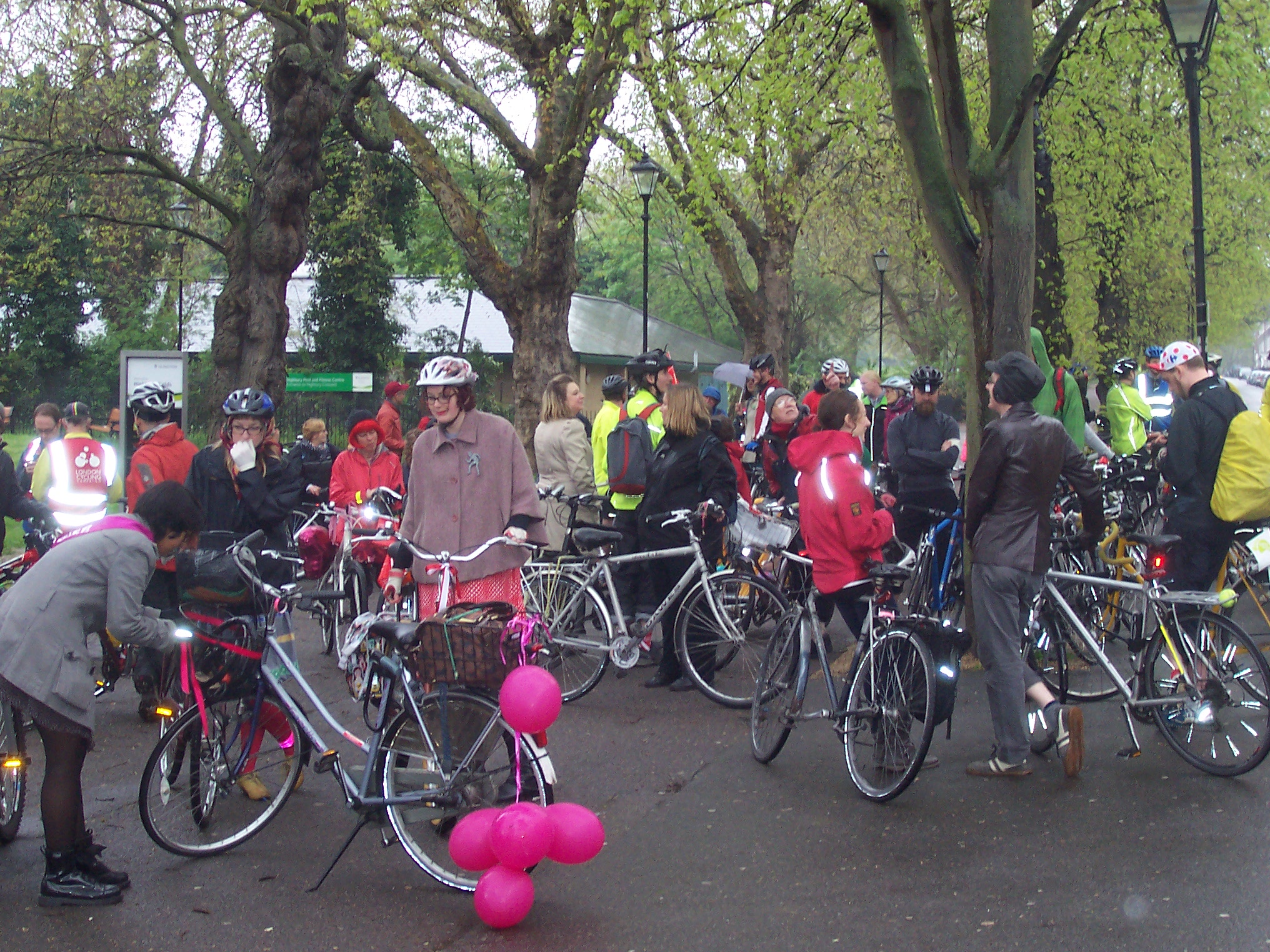 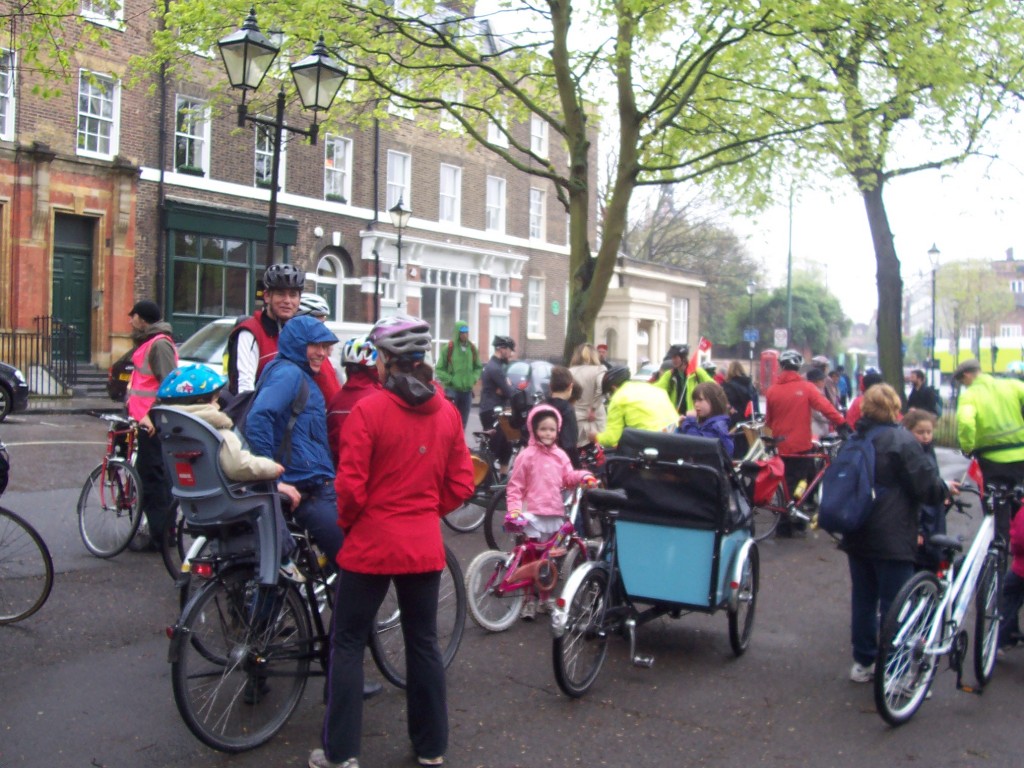 Despite the drizzle a large group gathered on Highbury Fields for ICAG’s feeder ride to Hyde Park Corner.  Over 70 people including plenty of children (riding their own bike or in trailers), a couple of tandems and some cyclists embracing the Go Dutch theme,
made their way along Upper Street, through Myddelton Square and Percy Circus and into Camden. Staying on backstreets after negotiating Tottenham Court we crossed Edgware Road and continued to Hyde Park via the cycle crossing over Bayswater Road.  Many thanks to Stephen Taylor for planning the route and leading the group and to Jon Parker, Keith Butcher and all the other marshals who helped us.  A much smaller, damper group rode back from Blackfriars a few hours later but the sight of 10,000 cyclists filling Piccadilly and the Embankment was worth braving the inclement weather to witness!  Photos by Alison Dines. 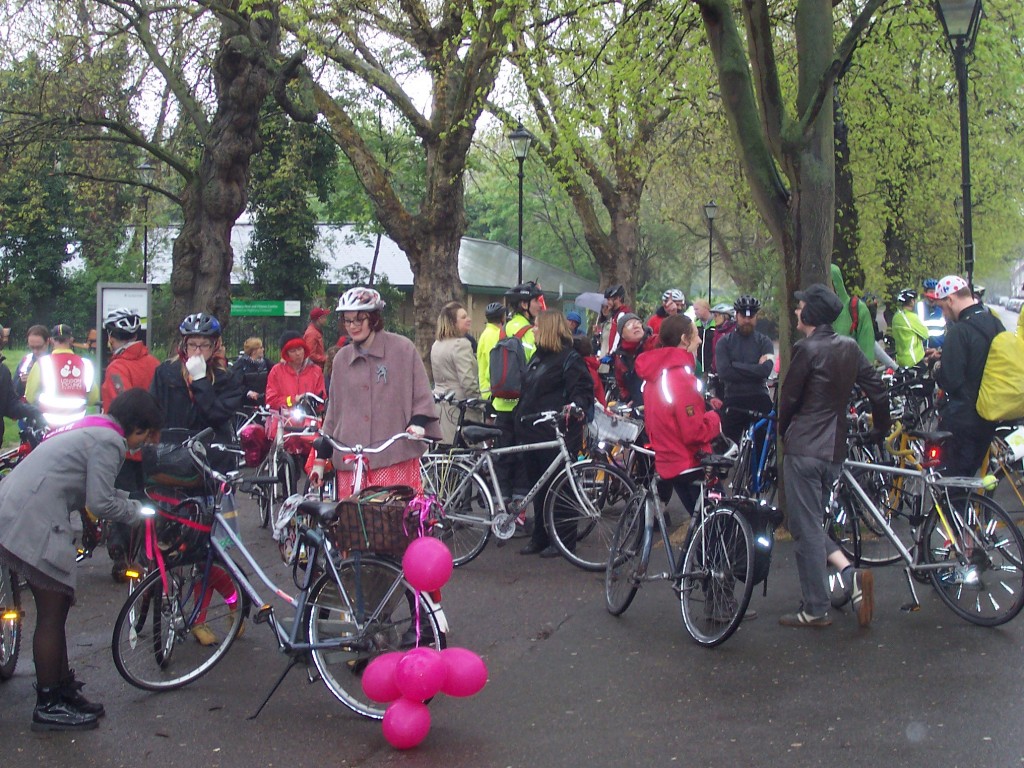