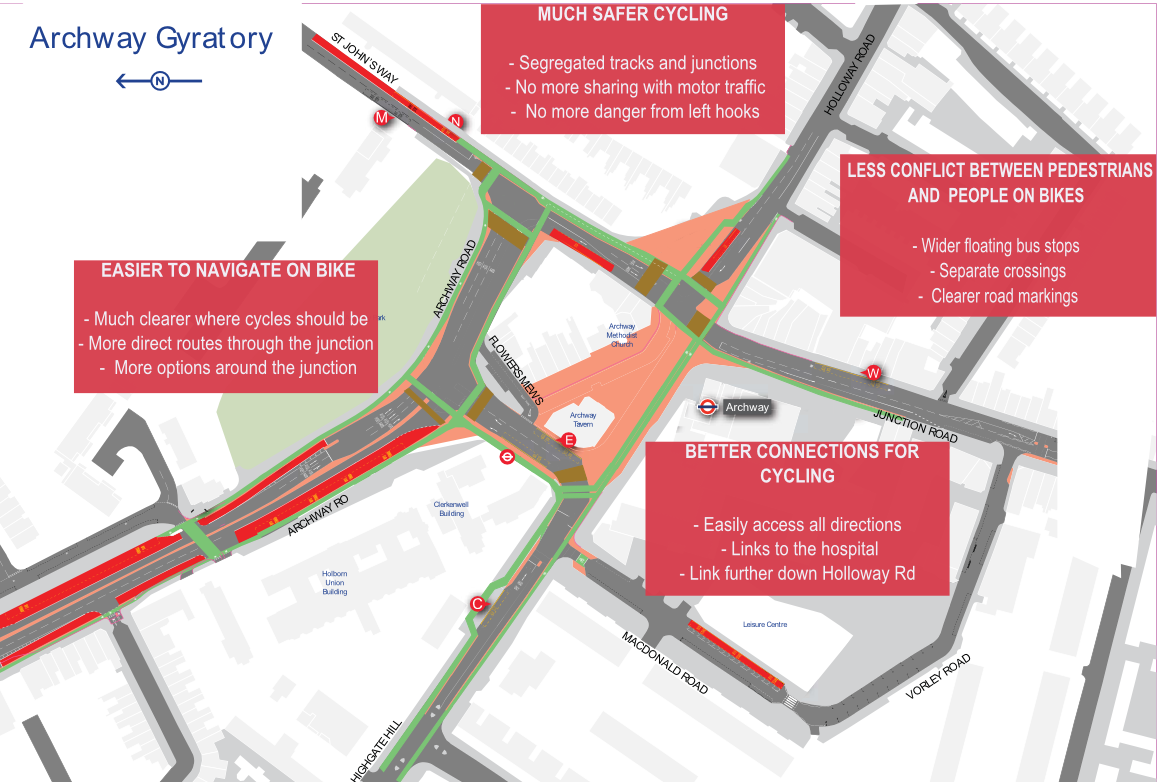 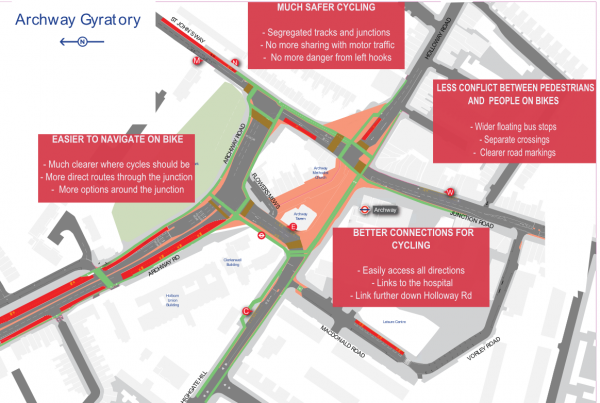 We met TfL on Friday 6 February and they showed us revised plans which take our suggestions into account.  We are waiting to hear for more information from them.   We feel the drawings we made [see above and below] were good solutions to our requests. [Also below]  We look forward to further dialogue with TfL. We are, of course, pleased with the overall concept of ridding Archway of its gyratory. (Also present at the meeting were members of Better Archway Forum and Jeremey Corbyn M.P.  A representative from Living Streets was unable to attend.)

We are pleased that TfL recognise Archway needs to be improved for pedestrians and people who want to cycle. While there are some good aspects to this proposal, especially segregated tracks and floating bus stops, we have serious misgivings around some aspects of the design which we are very keen to see revised.

This clip of video shows cyclists going through the Gyratory at present (09.12.14)

We did this clip of video for the Space for Cycling campaign; this was the ‘ask’ for the Hillrise Ward.  A couple of cyclists negotiating the Gyratory Southbound. Don’t forget to sign the petition in the latest part of the campaign!