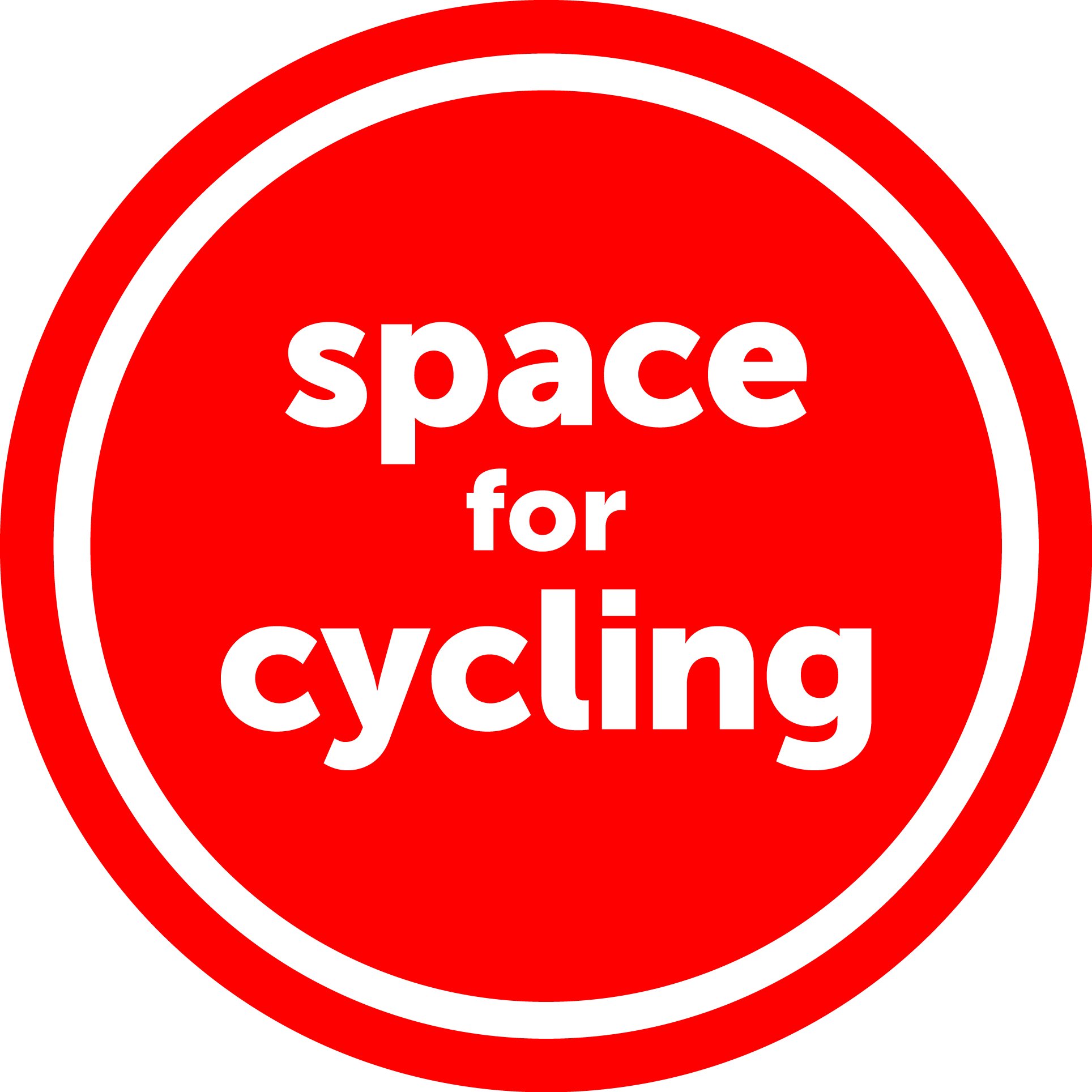 Thank you for taking part in the space4cycling campaign.  Here are the responses from the local political parties.  If you haven’t taken part yet or want to know more about this campaign then go to the London Cycling Campaign space4cycling site.

Islington Labour Party has responded centrally to the ward asks.  Some candidates, Paul Convery, Theresa Debono,  have also written to their local voters.

I am writing on behalf of Islington Labour to thank you for the many emails you have sent to our council candidates across Islington (all of whom are listed here) with proposed suggestions for cycling improvements in their respective wards. We welcome the effect your campaign has had in raising awareness of the forthcoming elections among cyclists in the borough.

In reaction, please find in the spreadsheet attached here both your suggestions and Islington Labour’s collective responses in brief. We are responding together, as we agreed with London Cycling Campaign that we would, because we are standing in next month’s elections as Islington Labour – a single party, not just 48 separate individuals.

Islington Labour recognises that cycling is one of the most sustainable modes of transport and that it makes a significant contribution to reducing road traffic congestion and improving health. We support policies and projects that encourage cycling and improve safety for cyclists on all of Islington’s roads.

Over the past year, Islington’s Labour council has taken a number of major steps to improve safety for cyclists and all road users, including becoming the first London Borough (Camden and the City of London have since followed suit) to introduce a 20mph speed limit on all roads that the council controls. We are lobbying Transport for London to do the same on their roads in Islington and we are working with the Metropolitan Police Service to seek closer enforcement of the new limit over time.

In December, at the suggestion of London Cycling Campaign, we announced new measures to boost cycle safety through extra training for Heavy Goods Vehicle drivers working for the council, its contractors and major developers in the borough. According to London Cycling Campaign, no other borough in London has imposed this requirement on developers. This means many regular drivers of Heavy Goods Vehicles in Islington will be required to take the Safe Urban Driving training course.

Islington’s Labour council also funds a series of initiatives to provide cycle training and make cyclists aware of road dangers. Every Islington primary school can take up free Bikeability cycle training and we also deliver Bikeability in half the borough’s secondary schools. On the first Sunday of Bike Week – that is 15 June 2014 – we will hold our highly successful Finsbury Park Festival of Cycling, in partnership with Haringey and Hackney councils. The Finsbury Park Festival of Cycling has been shortlisted twice in the National Transport Awards this year in the ‘Achievements in Cycling’ and the ‘Transport Partnership of the Year’ categories.

In January 2014, Transport for London informed the council of their commitment to deliver major improvements at key gyratories in Islington at Archway, Highbury Corner, King’s Cross, the Nag’s Head and Old Street. The council is working with Transport for London to ensure that these projects deliver very significant improvements for all road users, including cyclists, and also transform the environment in these areas for the better. Although these projects may take some time to complete, it is encouraging that this much-needed and long-awaited work is now moving forwards.

The coucil has also been investigating new cycle routes and route improvements across Islington. As you will appreciate, the council is under severe financial pressure, with the Tory-led government cutting our budget by a third over the past four years and with the worst ever cuts to local government still continuing, so available funding is being stretched to meet our existing essential obligations. However, early in 2013, City Hall announced that £913m is to be made available to improve cycling in London. Part of this funding is being offered to councils to fund the delivery of new cycle routes, so Islington Council has submitted a bid to Transport for London for an ambitious programme of new routes, as part of the development of a Cycling Grid for central London, a Cycle-to-School pilot project for Tufnell Park and the Quietways programme to provide better cycling links across Islington. We continue to lobby Transport for London and the Mayor of London to provide the funding to help us deliver these improvements, and we expect an announcement from Transport for London in May 2014 informing us which routes are being funded (with an announcement of the Cycle-to-School pilot project expected later now, in July). Any support you can express for the council’s proposals to the Mayor of London or Transport for London directly would help support our bid.

If funding is forthcoming, we will develop designs to create high quality routes. These could include segregation and other safety features. However, careful consideration will need to be given to any significant traffic displacement onto nearby residential roads. It is therefore crucial that all schemes that propose improvements are subject to extensive public consultation to allow local residents the opportunity to influence the types of improvements that are delivered, and to build support for any changes to local roads that impact on the local community.

Islington Labour will take onboard the suggestions you have made and we will look to act on them where we can. We would appreciate it if you could update the LCC website accordingly to reflect our support for cycling in the borough.

Islington Labour councillors, including myself, speak and meet regularly with John Ackers and other members of Islington Cyclists Action Group and with Tom Bogdanowicz and others from the London Cycling Campaign. We want to continue to work closely with you as we work together to make Islington as safe and welcoming for cyclists and pedestrians as possible.

Labour’s responses to each ward ask, updated on 6th May 2014 (google spreadsheet)

The candidates for in Islington Liberal Democrat ward are responding to individual voters.

Thank you for your recent email about the ‘Safe Space for Cycling’ campaign.

We know from personal experience that the current dangerous situation for cyclists at the roundabout needs to end.  Liberal Democrats in Highbury have been calling for improvements here for some time now.  When we ran the Council until 2010, we specifically set aside £1million to help remove the gyratory system at Highbury Corner and improve public access to Highbury & Islington station.  This included a new public square in front of the station, access to the green area at the centre of the roundabout, as well as cycle lanes separate from the rest of the traffic.  It is good news that the Mayor of London has finally agreed to progress this scheme in conjunction with works for the new Cycle Super Highway along Holloway Road.

We have also been involved in other campaigns to make cycling easier and safer in Highbury, such as:

While there has been a welcome rise in the number of cyclists in Islington and London generally, there is so much more that the Council could do though to make cycling more attractive and safer for Highbury residents.

In our manifesto for the elections on May 22nd, one of Islington Liberal Democrats’ key commitments is to extend the London Cycle Hire scheme across Islington.  This would encourage more residents to start cycling, improve health and fitness and reduce traffic congestion and air pollution.

We are also calling for the Council to use more of the money it makes from traffic fines and parking tickets on safer cycle facilities around the borough, such as improved junctions and segregated cycle paths.  There is, of course, a need to work closely with Transport for London on the roads they manage, but the Council could also be doing much more itself.  It was wrong of Labour councillors to axe the funding to make key junctions safer in their first budget after they took control in Islington in 2010.

I hope this answer is helpful.  Please let me know if you would like any further information.

With all best wishes

Thank you for contacting us about the London Cycling Campaign (LCC) for Space for Cycling.

As you will have seen from the LCC map, Islington Green Party is already supporting all 16 ward asks for Islington. Candidates standing for Islington Greens have a consistent track record on active cycle campaigning, including improving the Madras Place crossing, the Londoners on Bikes Mayoral Election campaign 2012 and supporting LCC campaign rides and Roadpeace vigils across London.  We care about cycling as much as you do.

The Green Party has a comprehensive range of policies supporting active travel and prioritising the movement of people on bikes and on foot over that of vehicles.  We see safer streets for cycling as part of the solution to reducing road danger, air pollution and carbon emissions and making our city more liveable.

Just today, Green MEP Jean Lambert has voted to introduce EU measures which will make cyclists more visible to lorry drivers. The Parliament also voted to postpone measures which would give the go-ahead to the cross-border movement of huge mega-trucks. Greens have been fighting hard to ensure that such measures were rejected, which would have put the HGV lobby before the interests of wider road-users.

Over fourteen years on the London Assembly, Jenny Jones AM has championed the cycling cause and demonstrated the commitment of Green politicians to meeting the needs of vulnerable road users.

Islington Green Party Councillor Katie Dawson (Highbury West 2006 – 2010) introduced the 20mph limit on all our residential roads.  Islington Greens campaigned and successfully made the case for 20mph limits on our main roads on the basis that the majority of serious collisions happen on main roads. We are now pressing TfL to bring 20mph limits to the Mayor’s roads.

Highbury East candidate Caroline Russell raised the issue of Lorry danger reduction in the Council chamber and we were very pleased that the Labour-led council took action to ensure all HGV drivers working on contracts in the borough undertake training.

Since the last election,  Labour has introduced over 800 additional parking bays across the borough, despite car ownership levels going down year on year.  The latest census shows only 35% of Islington residents have access to a car or van and the council’s policies should reflect that. Labour just don’t get that encouraging car use is the wrong solution for transport in islington.

Any elected Islington Greens will work with local residents and Islington Cyclists’ Action Group to help make our streets more  people-friendly, less vehicle-dominated, and great places to walk and cycle.

We care about cycling as much as you do. VOTE GREEN in Islington on 22nd May.