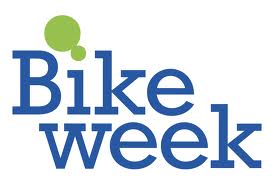 We started off at the N1 Centre again this year.  We were pleased to have 3 Bike Doctors who were kept busy most of the day!

It was probably the first time we’ve been asked where the nearest “Boris” bike could be found!

On Sunday was the little Green Ride led by John Silvertown who stepped in at the last moment. The trains were seriously disrupted and the group cycled from Finsbury Park out to St. Albans, but it’s unclear where this photo was taken!

On the Tuesday we were, as always, at the “Goswell Triangle;”  this time morning and evening. 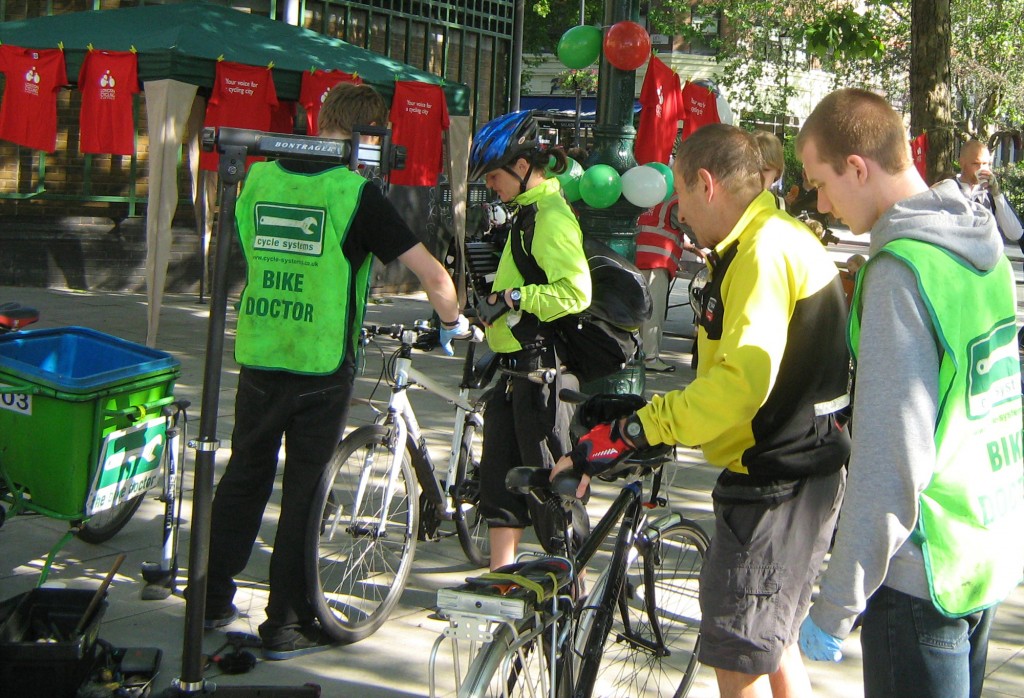 Cycle Systems were our Bike Doctors 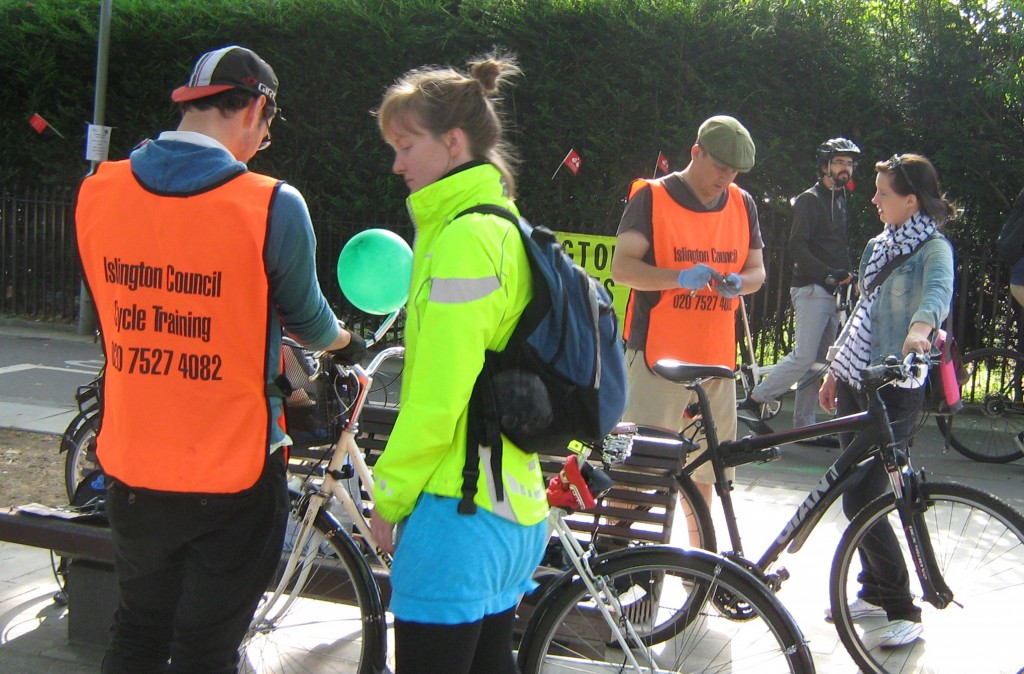 And the council provided more… 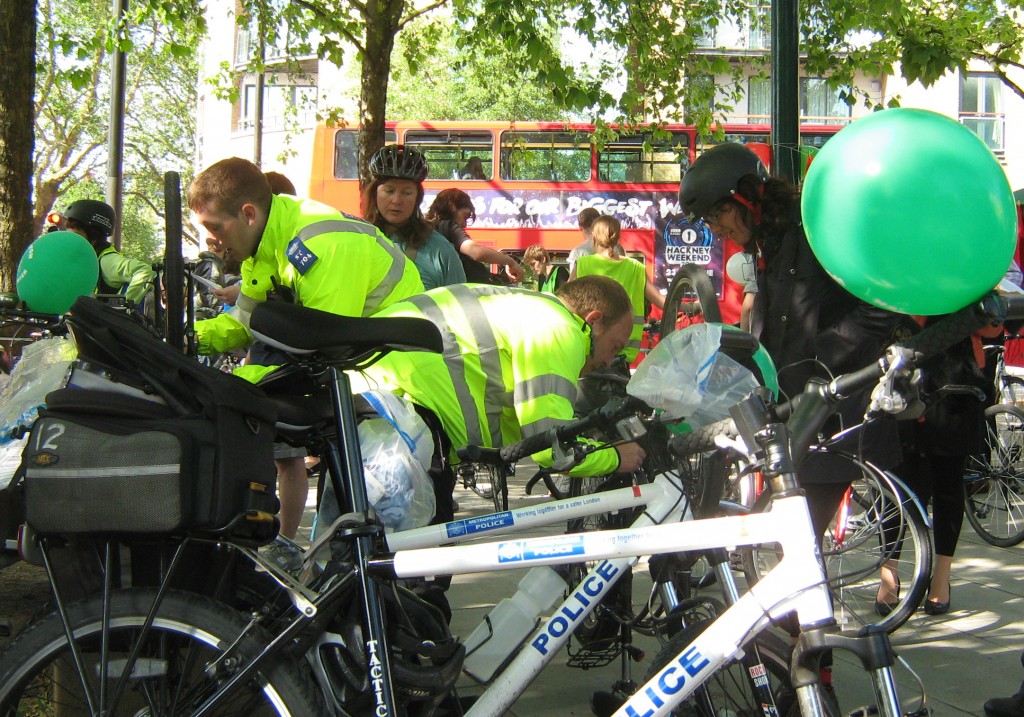 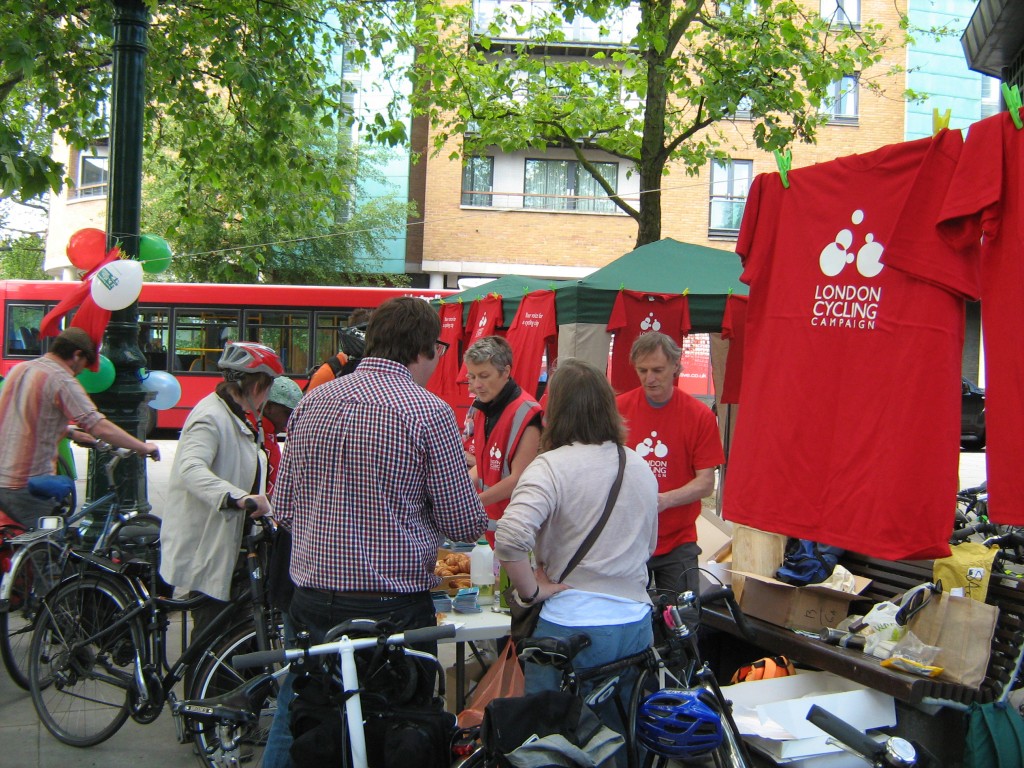 The LCC branding was prominent! 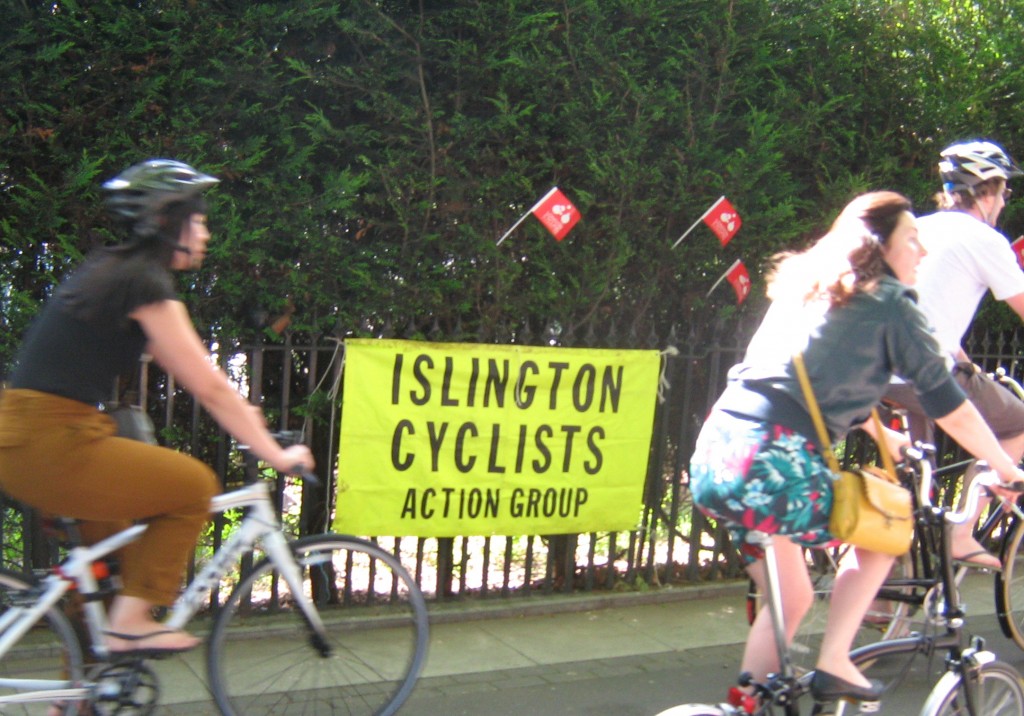 But it was an ICAG event! 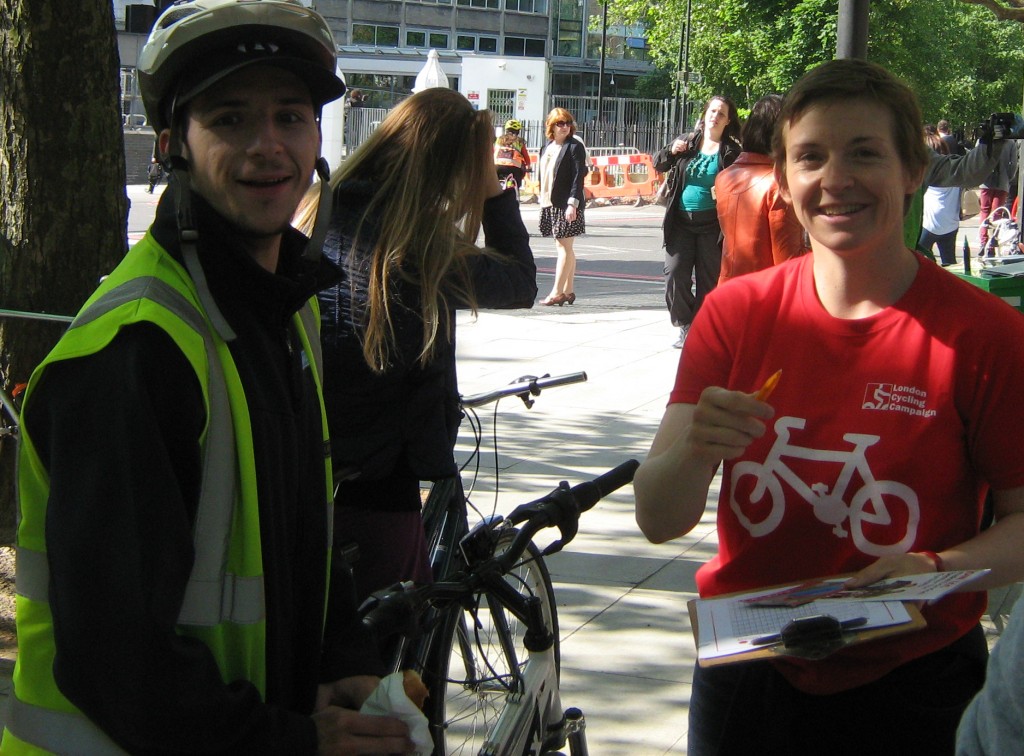 Suzy Kenyon is trying to sign up a new member 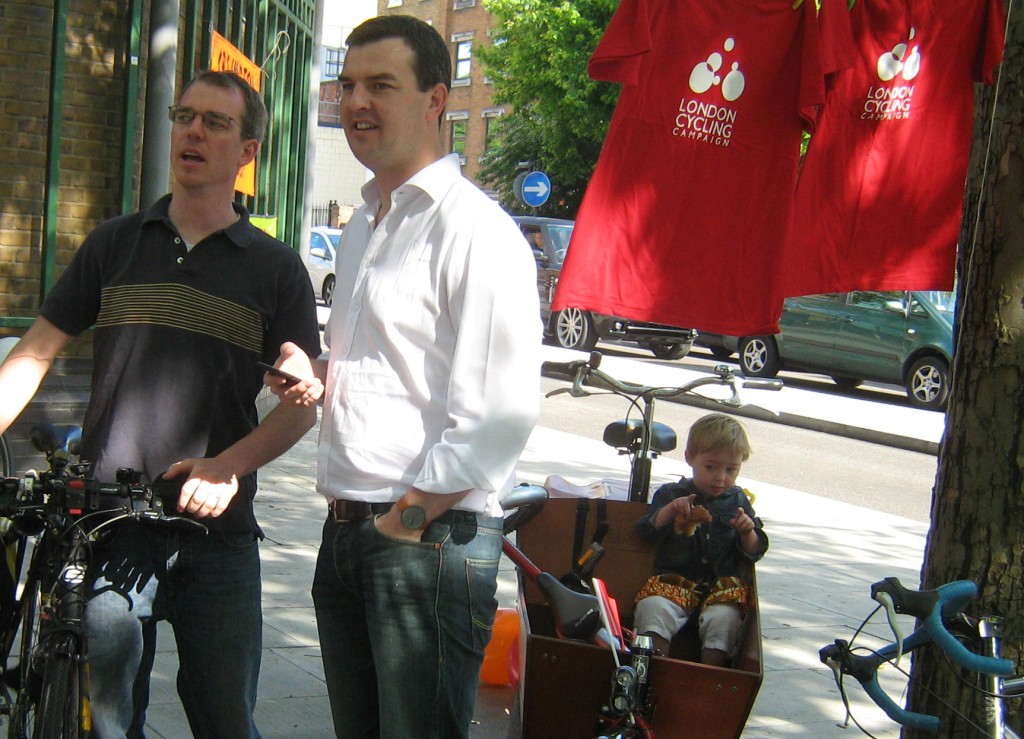 Jono, Chris and Jess Kenyon – couldn’t do it without all of you! 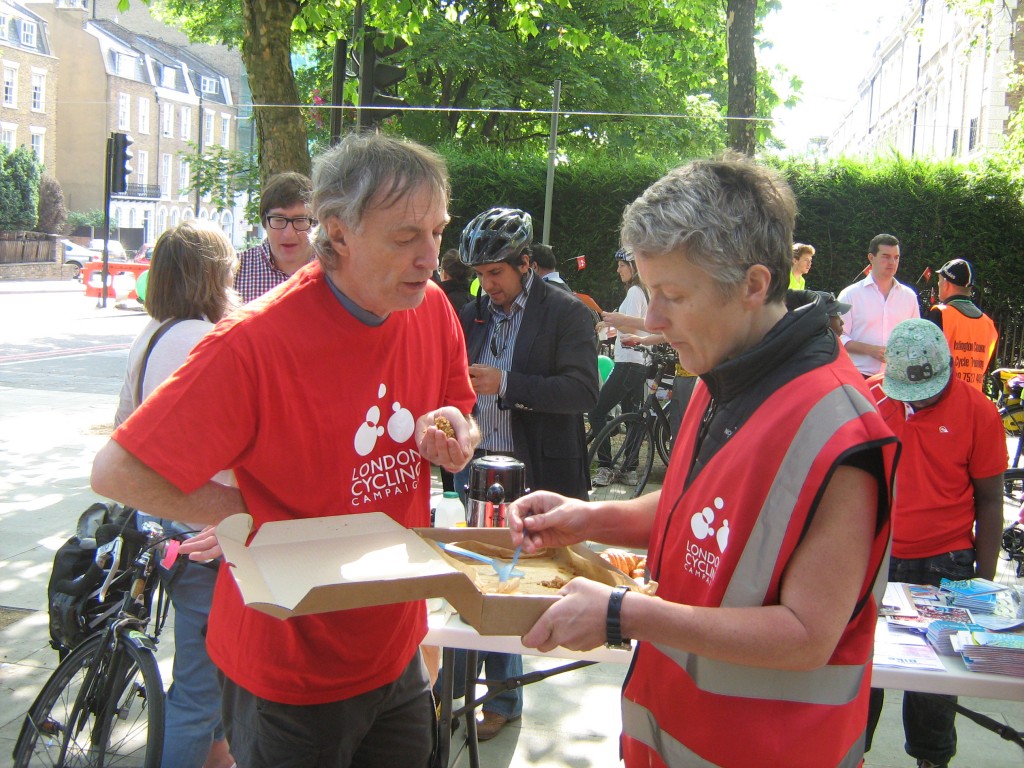 On Wednesday, we moved on to Drayton Park to do a survey on the controversial recently finished width restriction. About 180 cyclists, walkers and motorists stopped to take part.
Finally, on Sunday 24 June,Chris Ashby led a ride – Food, glorious food! –  which finished at Chapel Street market, where we were having a Doctor Bike and Information Stall.