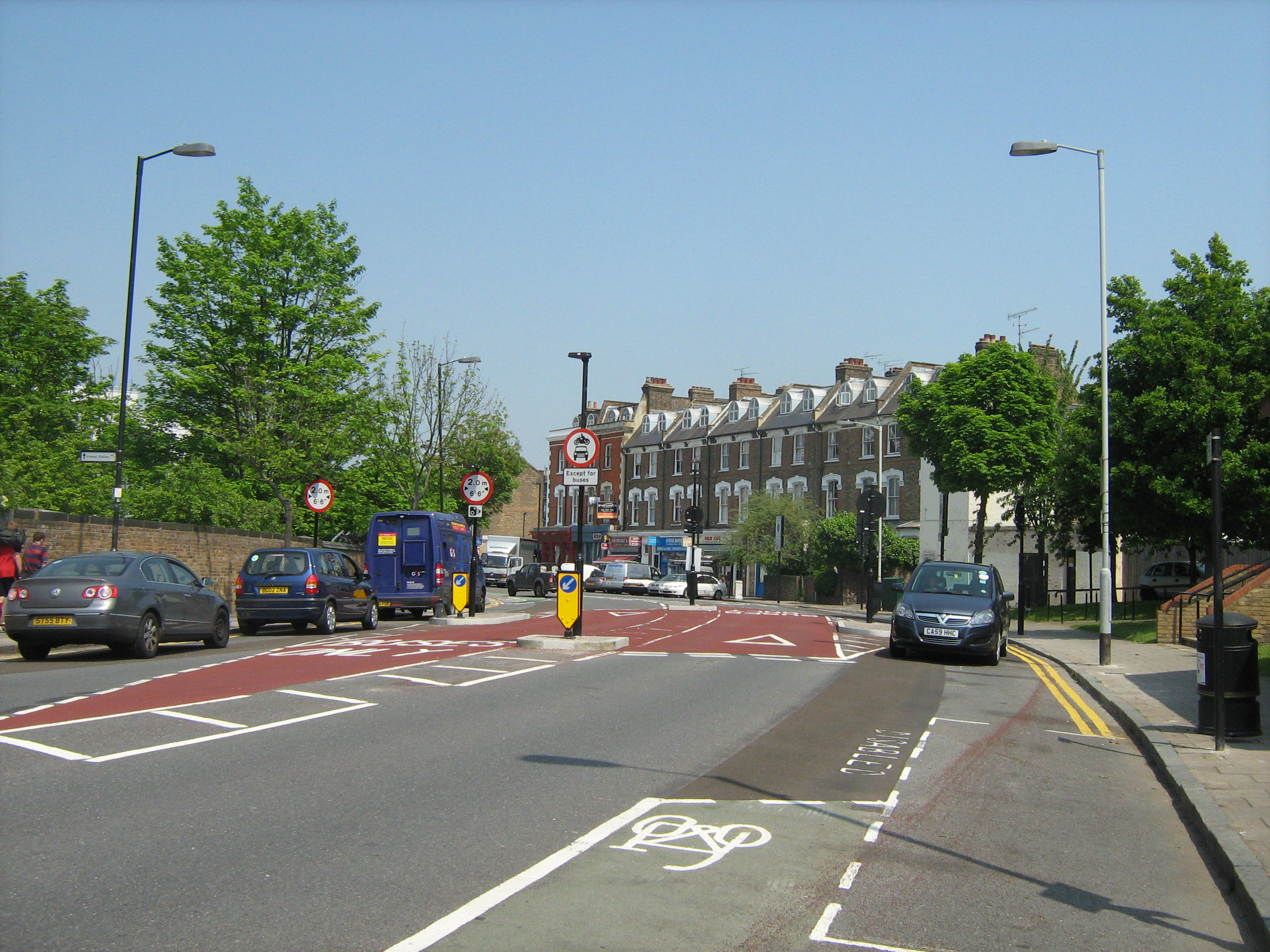 In early January 2012, ICAG responded to Islington Council’s public consultation on a proposed width restriction on Drayton Park near the railway station. We said ‘we welcome the cycle bypasses on both sides of the restriction’.

On the original scheme, cyclists are able to bypass the width restrictions and keep well away from the cars. This is considered to be good practice.  London Cycling Design Standards says about chicanes and pinch points at 3.6.4 that ‘It is important to ensure that the feature is designed in such a way that cyclists are neither squeezed nor intimidated’.

However on the ground, the cycle bypasses have been removed and cyclists and motorists will be brought into direct conflict as they jostle for position ahead of the restriction. All cyclists will have to take the primary position (centre or right hand side of the lane) well before they reach the width restriction. However some motorists will want to squeeze in front of any cyclists so that the cyclists don’t slow them down. This is what sometimes happens on Benwell Road at a similar width restriction. However Benwell Road traffic flow and speed is much lower than Drayton Park.

Islington Council and its partners have received £600,000 funding for a local Sustrans Connect 2 project which links Highbury Fields to Finsbury Park along Drayton Park. The guidelines to the Connect2 project say ”Connect2 will create a new way of living, where people, and not cars, are at the heart of travelling within communities throughout the UK”.  The Connect2 project is still in design stage; the width restriction has not been funded by the Connect 2 project.

For most cyclists, this is just a step backwards and a nuisance only 100 yards from another nuisance, a set of echelon parking bays. For potential cyclists, it’s just another reason for their parents to not let them cycle.

May 22nd : Drayton Park The Movie directed by Robin again.

A concern has been that cyclists would have difficulty in establishing primary position in the lane if there is speeding traffic behind them.  However this video shows confident cyclists moving into primary position then peeling off to the right, skipping the width restriction and using the wide cycle bypasses now flipped into the center of the road.  Cyclists then remerge with the motorised traffic, it’s probably not what motorists expect to happen.  The video also shows cyclists queuing in line with vehicles waiting to go through the width restriction.

May 23rd : Drayton Park Squeeze shot from a high quality head camera by cycleoptic (Steve K).  But you need an old telephone directory to realign your screen to the horizon.