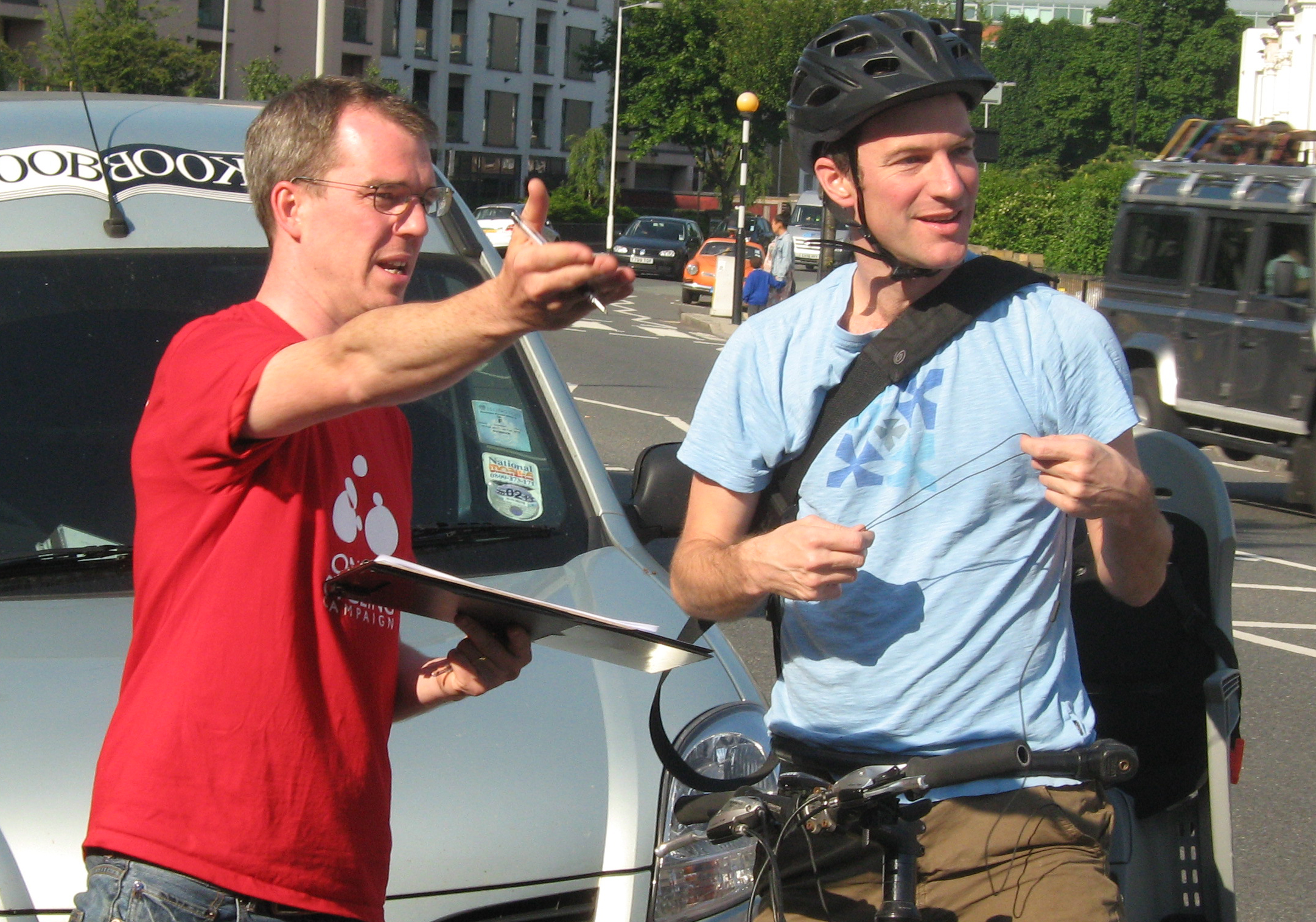 People walking and cycling along Drayton Park were surveyed on Wednesday morning (20th June) by Cyclist and Pedestrian campaigners to find out what local residents make of the controversial new width restriction road layout on Drayton Park at the junction with Whistler St.

178 people took part in the roadside survey.  Of those surveyed, 164 people ( 92%) felt the newly installed width restriction makes the road much less safe.  7 respondents(4%) said it was safer & 7 respondents (4%) felt it made no difference.

Of the 178 people who took part, 53 (30%) described themselves as drivers (as well as being pedestrians and/or cyclists).

The width restriction is unpopular because it forces drivers to swerve left and slow down to a crawling pace, before accelerating off while swerving to the right into the main traffic lane again.  These sideways movements by vehicles both on entry and exit from the restriction are unpredictable, risk pinching cyclists and make it hard for people to cross the road from Whistler St to the station.  We would prefer a solution that keeps vehicle movements to the centre of this exceptionally wide road, allocating more space for walking and cycling.  As the route is part of a Sustrans Connect 2 route connecting Finsbury Park with Highbury Fields, it is critical that the scheme is re-designed.

Jono Kenyon of Islington Cyclists’ Action Group who designed the survey said “Traffic is significant in Drayton Park in rush hour, with pedestrians, cyclists and drivers competing for space.  This morning we witnessed several lorries perform “u”- turns, adding significantly to the risks faced by people walking and cycling.  We also heard countless stories of scary near-misses.  This unpopular design must be amended.”

Caroline Russell of Islington Living Streets “People who walk, cycle and drive were unanimous in their dislike for the new road layout.  That so many paused on their journey to work to complete the survey is testimony to the strength of local feeling on this. Islington Cyclists and Living Streets met with the Council to explain our concerns shortly after the scheme was put in place.  The Council have committed to re-visit the plans, we hope they will listen to these residents and change the design.”

Drayton Park is part of the Sustrans Connect2 route from Highbury Fields to Finsbury Park which aims to transform the experience of pedestrians and cyclists.

Jono Kenyon of Islington Cyclists’ Action Group also said ‘We are lucky to have the opportunity to work with Sustrans who have lots of expertise and we hope that the council will follow their lead and deliver tangible benefits to pedestrians and cyclists using the £600,000 from the national lottery”.

1. Glen Tweedie of Premier Plumbing (020 7226 2188) at shopping parade by the width restriction is happy to talk to the press.  He sees large lorries doing u turns on a regular basis and all his delivery lorries now come via Aubert Park and Highbury Hill increasing lorry movements in residential roads which undermines the objective of the lorry ban. His comments on ICAG website.

3. Two shots to show what the layout looks like.

For more information about the width restriction

This page includes links to subsequent articles in the local press and 30+ comments made by cyclists, pedestrians and others.