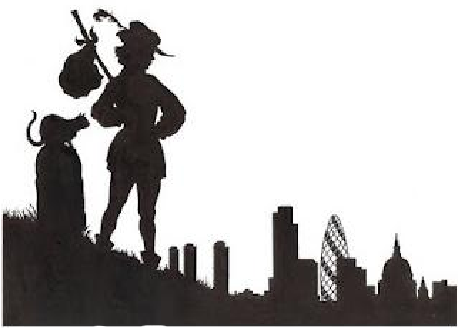 Let’s get TfL and Islington Council to remove the Archway gyratory and return the traffic to two-way and make the area more pedestrian and cyclist friendly; plans for which have been lodged with Islington Council for well over a decade.

There has never been a better chance to get rid of Archway gyratory. It is a throwback to the 1960s when progress was seen through the windscreen of a car. In this more enlightened age gyratories have become a thing of the past. Communities are no longer divided by ribbons of fast moving traffic, cyclists are no longer intimidated by multiple lanes of motorists.

Could the Archway gyratory be the next one to go?  There is a very good chance.

Community groups in the area have been campaigning for years to get rid of the gyratory. Transport for London is beginning to move but they need more persuading. This year of the mayoral elections is the ideal opportunity to make it happen.

The return of the road system to traditional two-way flow is supported by all political parties and wanted by residents and road users alike. The modelling has been done and with money already allocated for elements like traffic lights, the project can be carried out swiftly. Archway is a place where people live and run businesses not just a traffic island. We hope you will support our call for :

We want to make it visually interesting so Cat ears and Mayoral chains are encouraged!

facebook event  Please invite fb friends that live locally. Setting up a list (of local friends)makes this easy to do.

London Cycling Campaign : Go Dutch  How many gyratories do you see in Amsterdam or Copenhagen?

Update Feb 26th:  Over the weekend, there has been a big effort by Better Archway Forum to put up posters in a lot of shop windows. The 2 blocks on Junction road from Absolute Print to the tube are pretty much saturated. There is a scattering of posters on the other side including MAP, Yildiz, Bean and Bread. In addition many of the local residential streets have been leafleted and leaflets have been delivered to the leafleters who are doing the remaining streets.

If you think that any junctions anywhere in Islington need to be made safe for cyclists then please come on March 1st.  This is the junction that all politicians are focused on and we won’t be able to get other junctions sorted until the Archway Gyratory is removed.  Due to the work of The Times, the cycling bloggers, the Go Dutch campaign and upcoming Mayoral and GLA elections, cycling has become a political issue. ICAG’s Chris Ashby made the comment last week that this event at Archway was exactly the kind of thing ICAG should be doing.  Chris Ashby, Keith Macfarlane and Anita Frizzarin are all going to be leafleting the Archway tube this week.