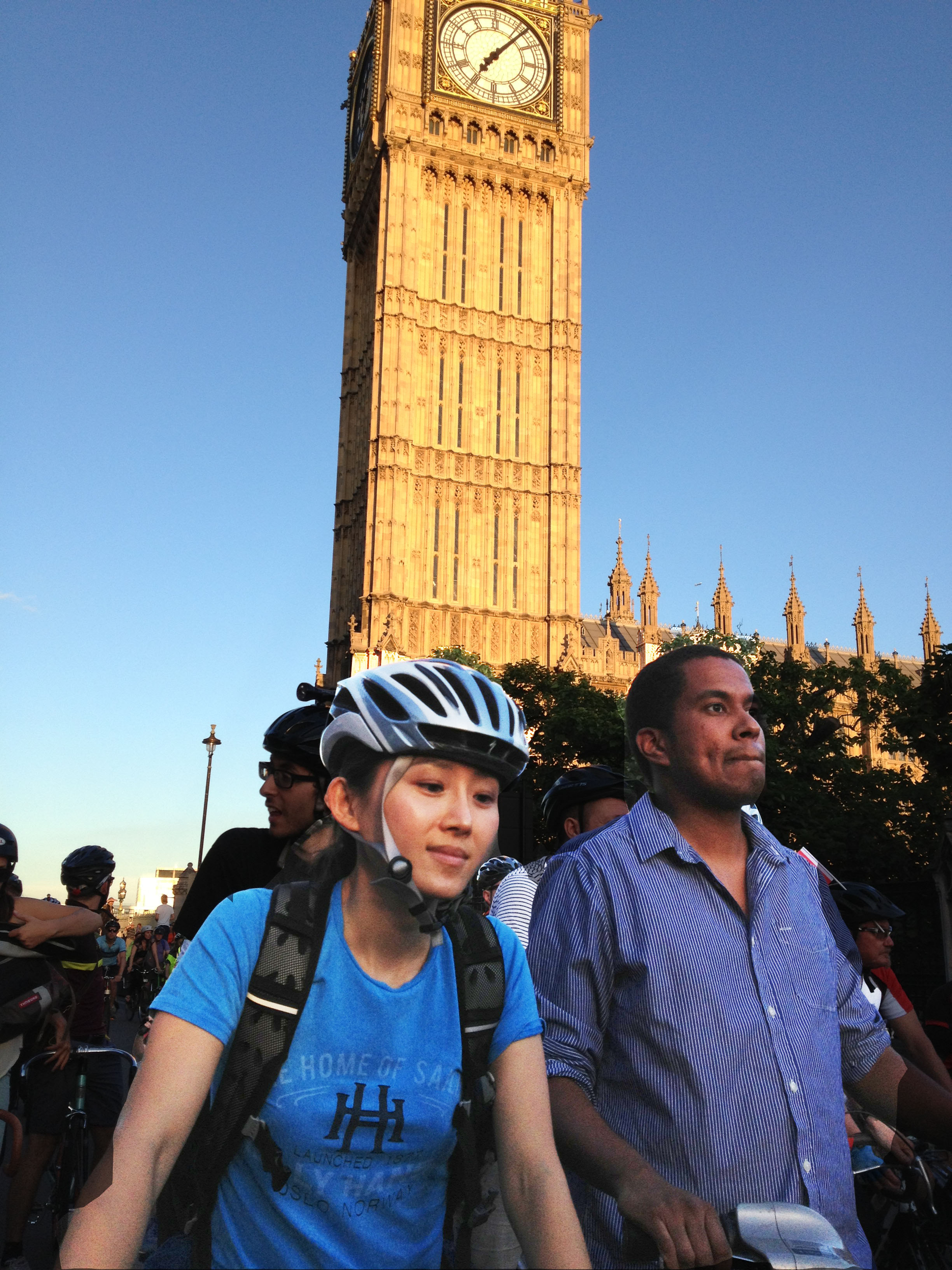 An amazing 5,000 cyclists pedalled past the House of Commons tonight – 2 September 2013. Inside the Commons, the All Party Parliamentary Cycling Group were debating the report they published earlier in the year. We are asking for a change to the pitiful £2.50 per head of population that Britain currently spends on cycling facilities. In the Nederlands they spend £30.00 per head – even though much excellent superstructure for cyclists is already in place. It was a good humoured ride; even though there were many mature campaigners there, we forgot to shout, “What do we want? Space for cyclists! When do we want it? Now!” LCC and its local activists must build on this resounding success. Candidates for the local elections in 2014 would do well to consider cyclists’ votes when canvassing  next year.

More from the LCC