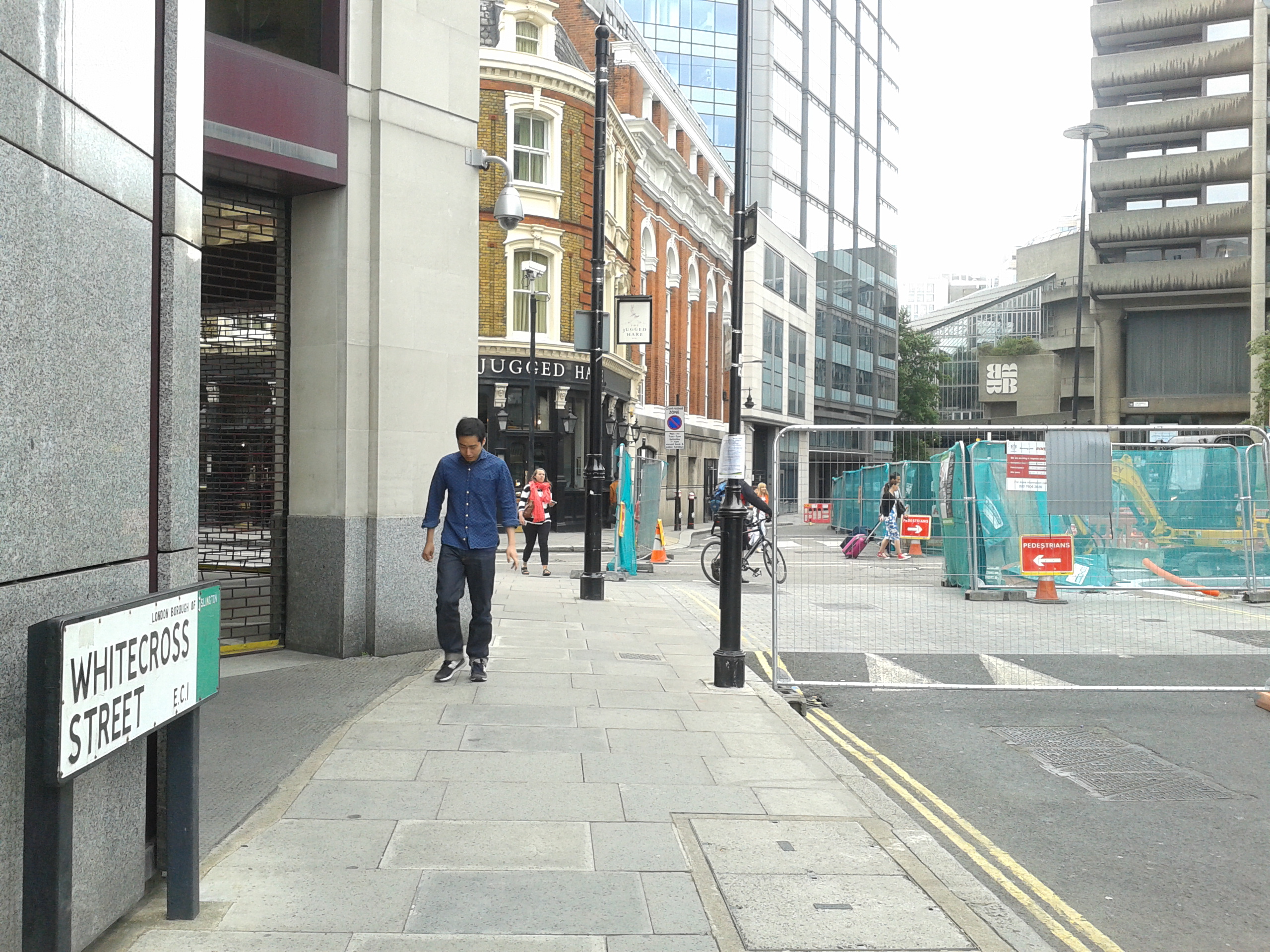 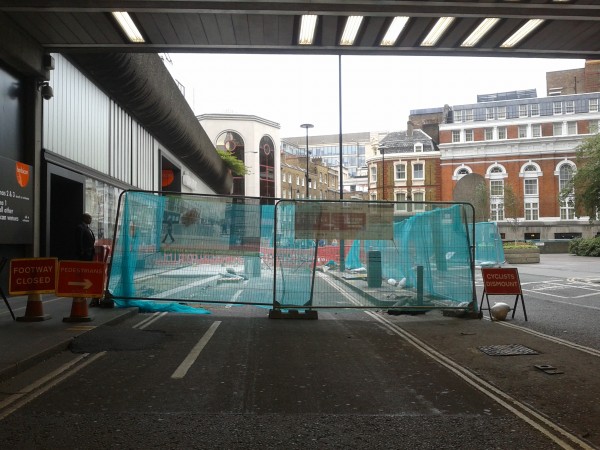 I am writing to you regarding the current changes to the street layout at the Beech St/Silk St junction. The aim seems to be to widen the pavement and simplify the pedestrian crossings outside the new Barbican cinema, according to your website; https://www.cityoflondon.gov.uk/services/transport-and-streets/traffic-management/Pages/silk-street-enhancement-works.aspx

As a member of the Barbican, I welcome these changes to what has been a very unsatisfactory street layout. It is quite a positive step in creating a more attractive place.

However, I can’t help but notice that the worst bits of Beech St will remain: the ear splitting noise reverberating around the tunnel, air pollution that drips from the ceiling, and pavements so narrow that I am frequently forced onto the road at busy times when walking between the station and gallery. So a while small fragment of the street-scape may become more attractive,  it really seems a missed opportunity for creating a pleasant, healthy, or “liveable” environment

More dispiriting and perplexing though is that the pavement changes come at such a high cost to cycling along Beech St.  Whereas a month ago, people could cycle in their own, dedicated cycle lane all the way to the Whitecross St junction (going east), they will now be dangerously squeezed into the motor traffic as we can see in the picture below. 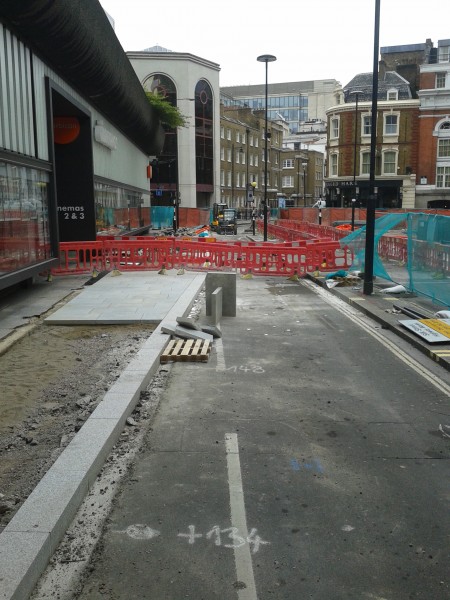 So my 60 year old dad will probably no longer be willing to cycle along Beech St – which up to now has been one of only a handful of routes he is happy to use, precisely because he isn’t required to share the road. Having finally persuaded him to get back onto his bike after 30 years of driving, this is a blow to my skills of persuasion and to his health.

This damaging impact on the cycle lane is important. Beech St provides the only east-west cycle route through the city. The Central London Cycling Grid,  London’s vision for a network of quiet, welcoming cycle network really does rely on this route as seen in TfL’s map of the grid. 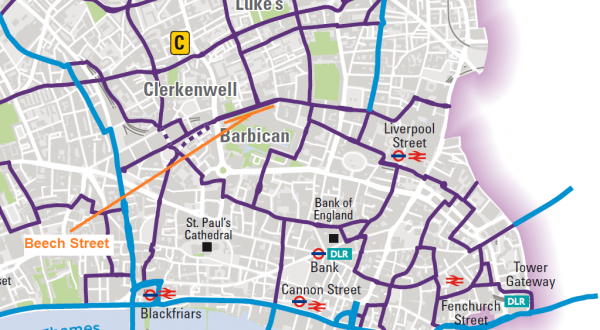 More bizarre still, is that Beech St cycle lane has been so successful. As Mr Gilligan wrote in 2007, the City won an award for the lane from TfL. And the scheme was improved further in 2012 to much acclaim as seen in this blog and this video .

Indeed, this bike lane has helped Beech St see cyclists make up 20% of traffic and 30% in peak hours (almost certainly understimated), and these numbers would probably be higher if Chiswell St (immediately to the east of Beech st) had any provision for cyclists.

You may have seen that others have criticised your scheme here and here.

Without wanting to add to their flames too much, I urge you to consider a constructive solution. There is a way for the City of London to go beyond these aesthetic changes and create a more environmentally pleasant environment that is genuinely conducive to walking and cycling.

My solution? Keep doing what you are doing right now: keep the road closed.

During the building work, we have all seen how little traffic there is on Beech St and the other roads that spoke out from the junction. Indeed, it was bliss to walk through the tunnel, for the first time being able to hear my friend speaking about the gallery as we walked to the station. Cycling along Chiswell St felt safe and civilised, such was the transformation.

I hope you agree that the benefits of closing the road to through traffic permanently are extensive. Only a bus bollard is needed to let the 153 through, to filter other motor traffic out. The traffic could use London Wall instead, which according to DFT traffic counts, has seen a reduction of c.30% traffic since 2004.

Although this would only be a small change, I appreciate there may be concerns about the impact of traffic displacement from such a modal filtering scheme, but I hope you agree that with the road closed now, we have the perfect opportunity to do a trial and gather empirical evidence for what the effects would be.  My own hypothesis, would be that it would greatly improve traffic flows around Moorgate, Smithfield, and north into Islington which all suffer from too much traffic and high pollution.

I look forward to discussing my constructive proposal to this scheme and other quietways at the City Cycling Forum, 31st July.